Falconry is defined as “taking wild quarry in its natural state and habitat by means of trained birds of prey” (iaf.org) and dates back as far as 2000 BC, however some historians believe this prectice to be much older.

Birds of prey are excellent hunters as they have incredible eye sight and very sharp claws, or talons. They can hunt prey that fly in the air, or small mammals on the ground. Some hunt during the day, while others (such as owls) are nocturnal and hunt at night. Birds of prey can can be incredibly fast, reaching speeds of up to 60mph in a dive and able to quickly manoeuver through dense forests and thick brush.

Birds of prey are trained by learning to associate the falconer with food. A raptor is very food motivated and when it learns that the falconer is its only source of food, it can be trained with the food as the reward. If a brid of prey catches prey, the falconer has to remove the prey immediately and replace it with a food reward for a job well done. If the raptor gets to eat what it catches, it will no longer be willing to fly for the falconer. The falconer has to be the only source of food for the bird. Birds of prey can be easily released back into the wild to become "wild" again after being trained by a falconer.

Here, at Hawkeye Bird Control, we offer a proactive falconry program that is both humane and highly effective at controlling pest birds. We use birds of prey as an environmentally friendly way of controlling the behavioural patterns of pest bird species such as pigeons, gulls, starlings and sparrows. 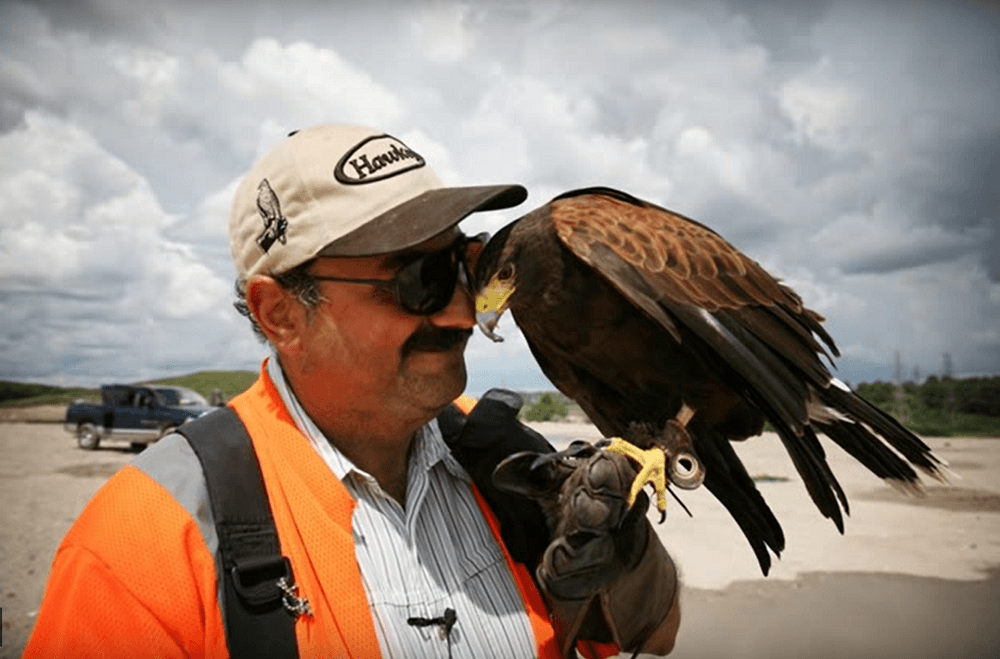 Falconry takes advantage of the natural relationship between bird predators and their prey. Falconry raptors are trained to scare and chase pest birds. The pest birds learn quickly that the area is no longer safe.  Using falconry for bird control is quicker and lasts longer in comparison to other 'scare' methods inlcuding noise makers, shooting,  and trapping.

The art of falconry is well over two thousand years old, and the way nature intended bird & animal populations to be regulated. 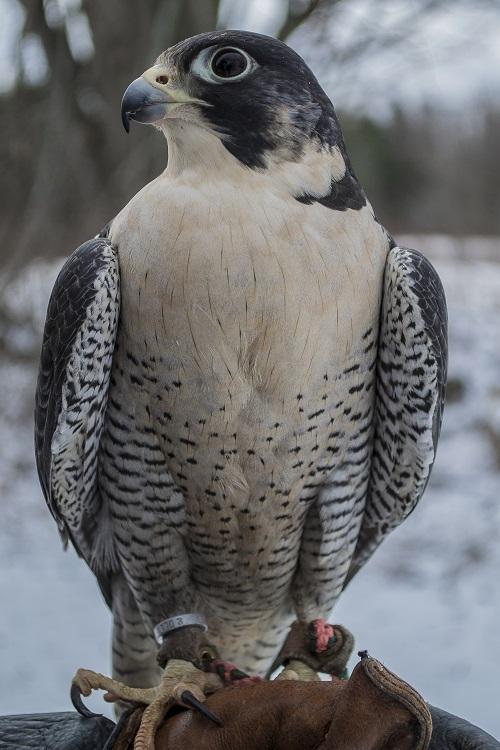 Family: Falconidae
Small to medium-size birds with long pointed wings making them particularly swift flyers. Falcons take over the old nests of other birds instead of building their own, and will occasionally lay their eggs on cliff ledges or in the hollows of trees.  Includes; Peregrine and Gyr Falcons and American Kestral. 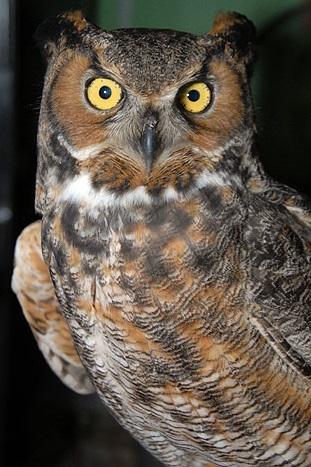 Owls are generally specialized for low light and nighttime hunting. They have specialized feathers to reduce air turbulence over their wings, allowing them hunt with total silence. Owls have great eyesight and incredible hearing.  Includes; Great Horned, Barn and Eurasian Hawk Owl. 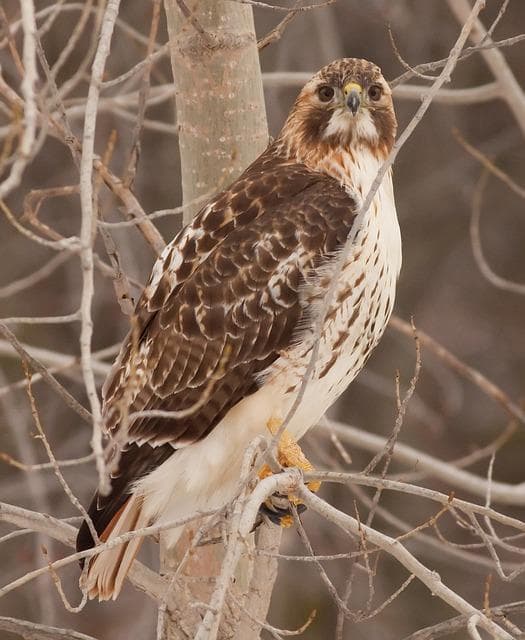 Accipiters - Medium sized hawks that are ambush-type hunters, swopping down from a concealed perch to catch their prey. They have excellent eyesight and long tails for steering in tight areas. Includes; Goshawks, Coopers and Sharp-Shinned Hawks.

Buteos  - Larger Hawks with wide wings for soaring in the sky looking for prey in large open areas. They are also referred to as Buzzards. Includes; Red-tailed, Red-Shouldered and Broad-winged Hawks. 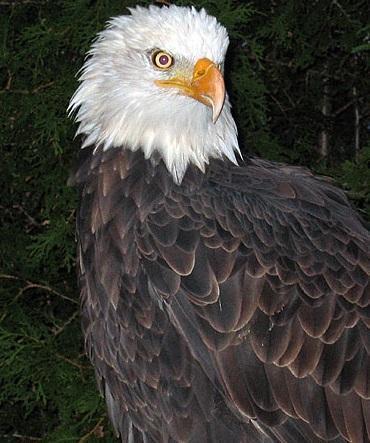 The largest birds of prey with long and wide wings and massive talons for grabbing prey. Booted Eagles have legs and feet covered with feathers. Includes; Golden and Bald Eagles.

Hawkeye Bird and Animal Control uses Falconry as natural and humane way to control behavioural patterns of pest birds such as gulls (seagulls), pigeons, geese, sparrows and starlings.  Falconry takes advantage of the natural relationship between predators and their prey. Raptors are trained to scare and chase pest birds from an area, and the pest birds quickly learn that that area is not safe for them. Falconry provides faster and longer-lasting bird control results when compared with other 'scare' methods such as electronic noise makers, shooting or trapping. Falconry is truly nature's way of bird control.

How to Become A Falconer in Ontario