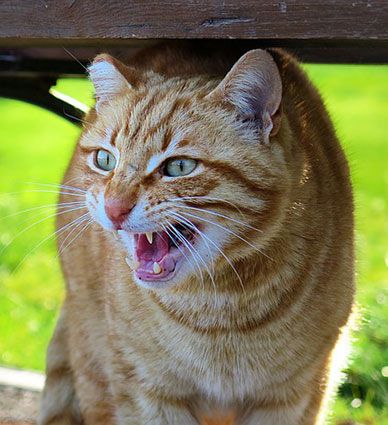 Felis catus, the domestic cat, is one of the smaller members of the family Felidae, weighing only 5-20 pounds. Like other members of its family, the domestic cat is an agile hunter. It has a compact, flexible body, sharp teeth, retractile claws, and particularly keen eyesight as evidenced by its large eyes. Long whiskers on the snout detect changes in its environment and a long tail assists in balance during jumping and running.

Identification
Tracks show no claw marks and are usually about 1 inch in diameter. 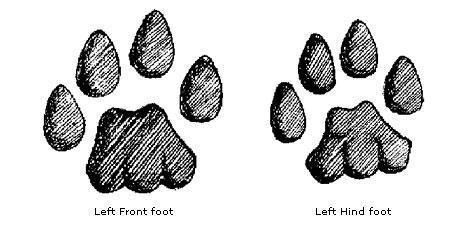 Please note that, in contrast to almost all other Ontario animal control operations, as a licensed furbearer trapping company we are able to employ all of these control methods INCLUDING relocation or permanent removal of captured cats.

Much damage attributed to feral or stray domestic cats is similar to damage caused by raccoons. Contrary to their status as household pets they do much damage in the ecosystems to which they are introduced. Cats prey upon birds, small mammals, reptiles, and amphibians whether or not they are given meals by human owners. Landscapes sustain damage from digging and spraying by unaltered animals, and waste containers and/or dumpsters often see cats as regular visitors.

Cats are a vector for rabies which they can then spread to humans, domestic animals, and wildlife such as raccoons. Contact with cats may pose a risk for ringworm, which is a skin infection caused by a fungus. Cat feces and fecal-contaminated skin and fur may pose a risk of diarrheal illness from Campylobacter, Salmonella, and some intestinal parasites, particularly for pregnant women.

A female cat is mature from about six months and a male from about ten months. The female comes into heat in two-week cycles for two to four days. The average length of pregnancy is 65 days or about nine weeks from the date of the mating (which can occur at any time of the year).